Good Suspense Drama "I Am the Night" on TNT 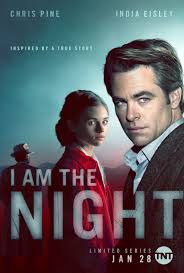 This six-episode drama series, set in the 1960's, started this week. It's a very good suspense thriller. Loosely based on the autobiography of Fauna Hodel, there are two main protagonists in the story. One of them is a washed-up L.A. reporter, Jay, who likes cocaine a little too much. Chris Pine ("Star Trek") is fantastic in this role. A Korean War vet, Jay is desperate to get a big story that will put him back on top again.  The other lead, Pat (played by India Eisley), appears to be a very light-skinned black teenager in Nevada.  She finds out that her entire past is a lie.  Eisley ("The Secret Life of the American Teenager") is very sympathetic and does a fine job.  The actress who plays her mother, Golden Brooks, is also outstanding (Those who have followed her career for the past 20 years aren't going to be surprised by her talent). Trailer 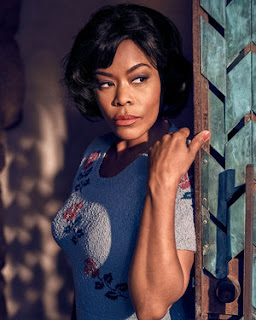 The story is loosely based on Fauna Hodel's book, "One Day She'll Darken: The Mysterious Beginnings of Fauna Hodel". The real Hodel passed away in 2017, but she was involved with this production.

In the first episode, Pat learns that she's not really black, her real name is Fauna, and the abusive, drunk Jimmy Lee (Brooks) is not really her mother.  Her grandfather, George Hodel, is a rich doctor in L.A. who had wild sex parties and was a suspect in the famous Black Dahlia murder.  All of that really happened. 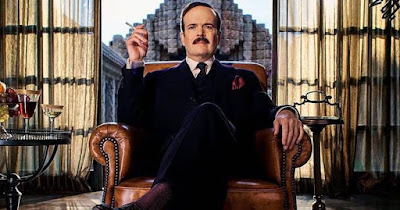 In real life, George Hodel (who lived in this very weird L.A. mansion) was also suspected in the murder of his secretary. He was investigated by police after they caught him via wiretap talking about the murders. He fled the country before they could arrest him, and the murder was never solved. His son (whom he abused) later confirmed that he was the killer and that he may have also been one of the other serial killers during that time that were never caught. 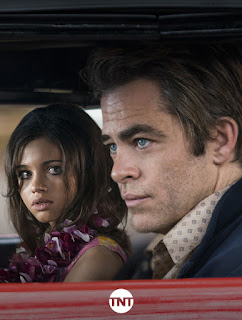 In the show, Jay gets a call from Jimmy Lee, telling him that he was on the right track when he wrote about Hodel in an article. This spurs him to do more investigating. 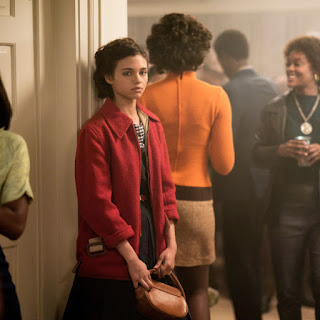 Fauna flees Sparks, Nevada to visit her grandfather, who wants to meet her. Things don't go as planned, of course. She meets Jay, and the two of them play detective to find out if Hodel killed actress Elizabeth Short (AKA The Black Dahlia), who was found murdered and dismembered. Stage vet Jefferson Mays is suitably scary as creepy gynocologist Hodel.

"I Am the Night" has a film noir feel, for the most part. You may find that parts of it are a bit slow. It's possible that this story would have made a better film than a miniseries, and they just had too much time fill. I didn't find the pace unbearable to watch, though. Also, they do a very good job of making everything look like the 1940's time period (as far as I can tell). Episode Two Preview

Pine and Eisley have smooth chemistry.  The series also teams Chris Pine with his "Wonder Woman" director Patty Jenkins, whose husband Sam Jenkins wrote this wonderful TV miniseries. Connie Nielsen (who played Diana's mother, Queen Hippolyta) has a small role as Hodel's wife.  Pine demonstrated in this compilation character that he's much more than just a pretty face (in fact, he's not very "pretty" in this show). I look forward to watching the rest of the limited series, as well as Pine's return in the next "Wonder Woman" movie. 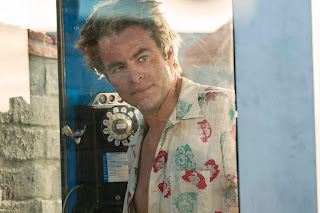 The show airs Mondays on TNT. You can watch it on their website or on Amazon Prime.

Animated GIFs from loading.io. Read More Reviews by Suzanne and others at The TV MegaSite! 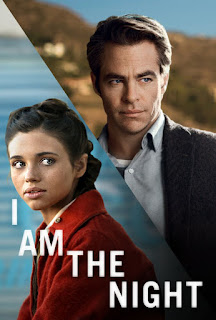 Posted by Suzanne Lanoue at 1:51 PM No comments: 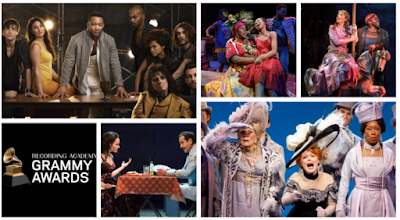 There are 84 different Grammy Award categories, so I chose the one that I know the most about, the Best Musical Theater Album. This has been a Grammy category since 1958, when the awards first started.

I've loved musical theater for as long as I can remember.  My family -- mom and three brothers -- all loved musical theater.  We listened to (and sang along with) the albums from "Sound of Music," "West Side Story," "1776" and many others. When I was a little older, I would go to the library and check out records of the shows, and record them to tape at home, so I could listen to them over and over, and sing with them. I also would check out the scores and read the plays. 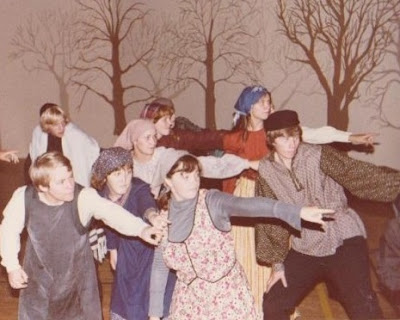 This started my love for music, and especially for singing soprano. I was involved in the musicals in high school, and I've sung many of the songs for fun.  I don't have as much time any more to listen to newer musicals, so some of these are completely new to me (although I do watch the Tony Awards every year). To write this review, I read about each musical and listened to the songs.

There are 5 musicals nominated for a Grammy this year.  They changed the rules so that other musical theater shows can be nominated, not just those on Broadway.

Here are the nominees: 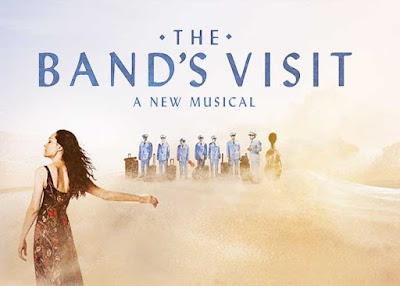 This is a completely new musical that opened at the end of 2017 on Broadway starring Tony Shalhoub, Katrina Lenk, and John Cariani. This one was not familiar to me. I enjoyed the music, which is influenced heavily by Middle-Eastern music. Based on an obscure Israeli film of the same name, the story is about an Egyptian police band that gets lost on their way to a performance in Israel and gets stuck in a small desert town.

It's a very interesting story, with heart and romance.  Unlike many musicals, it just takes place in one small town, for one day. It's an intimate story for a Broadway musical.  The music of the show is unique, yet accessible to the modern ear.

The show won 10 Tony Awards, including Best Musical.  It will probably win the Grammy, too, because the Tony winners often go on to win the Grammy. It's the only one nominated that's not a revival or remake of some kind.  Buy the soundtrack here! CD, Amazon download or  iTunes 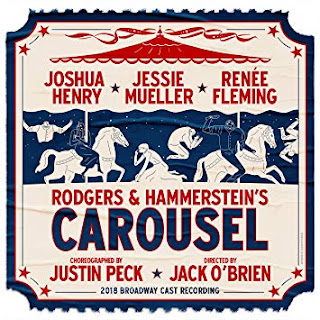 It's a dark story about a rough carnival barker who falls for a young mill worker after they both lose their jobs. He participates in a robbery to provide for his wife and unborn child, but it ends in his death. Heaven gives him a chance to make things right.  Buy it here: CD, Amazon download or iTunes

This is a revival of the 1945 Broadway musical, the second by legendary Rodgers and Hammerstein (their first was "Oklahoma").  The music is simply beautiful (although the story, and some of the lyrics, are very dated) and holds together a tragic story. It's filled with classic songs like "You'll Never Walk Alone" and "If I Loved You."  Joshua Henry plays the lead role of Billy and sings wonderfully, as does Jessie Mueller as Julie. Famous opera singer Renee Fleming plays Nettie. Lindsay Mendez won a Tony award as Carrie. I really enjoyed watching and listening to them on YouTube.
If the Grammy Award truly went to the best music and singing, I think this show should win over all the others. I just think it's very unlikely that it will win.

Videos: If I Loved You   Soliloquy   Blow High, Blow Low    Mister Snow
Listen to the Original Album  Watch the 1956 Film 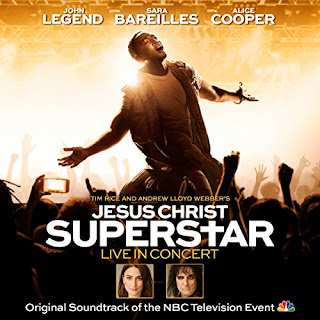 Thanks to the new rules, an NBC TV production made the final nominations for this category. I watched this when it aired, last April. I grew up listening to the original "Jesus Christ Superstar" record, and later the movie version, so I know it very well.  I thought the recent TV production was enjoyable, but I'm not sure it deserves to win the Grammy. For one thing, I think John Legend was horribly cast as Jesus. His type of singing is not appropriate for the role. He's a pop singer who sings up in his falsetto a lot. Jesus is usually played by a good rock tenor who can sing full voice in the upper register. I found his songs (particularly "Gethsemane," which usually gives me goose bumps) to be disappointing. Also, he's a singer, not an actor, and I think that really showed in this production. (Not that this should matter in the Grammy Awards) Sara Bareilles, who's been nominated before for a Grammy, was excellent, as was Brandon Victor Dixon (a great Broadway singer) and the rest of the cast. I really loved seeing Alice Cooper as King Herod. He seems made for that role.

Videos: Superstar  Everything's Allright  Peter's Denial  I Don't Know How to Love Him

The critics really loved this broadcast. It may be the upset in this race that steals the Grammy away from the Broadway shows. Buy the DVD, or CD, Amazon download or iTunes 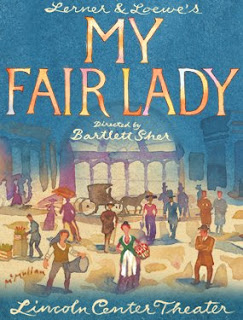 Based on the George Bernard Shaw play "Pygmalion," the show is about how a professor, Henry Higgins, bets his friend Colonel Pickering that he can take any woman (in this case a "gutter snipe" who sells flowers) and transform them into a lady. Buy the music here! CD, Amazon download or iTunes

This is another one of my favorite musicals. We did this one in high school, so I know it very well.  I remember seeing this group perform at the Tonys last year, and Lauren Ambrose (Eliza)'s singing didn't impress me . She's good, but nowhere in the league of the other singers nominated.   Although he's not mentioned here, Jordan Donica sang wonderfully as Freddy Eynsford-Hill in the once-popular ballad "On the Street Where You Live."  As much as I enjoy this show and its music, I don't think it has any chance of winning. In fact, I would say it's the least likely to win.

Videos: The Rain in Spain  I Could Have Danced All Night  Wouldn't It Be Loverly  Medley 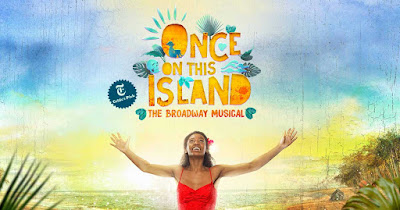 Ti Moune, a peasant girl, rescues a wealthy boy, Daniel, and falls in love with him. The island gods make a bet about which is stronger, love or death. Ti Moune pursues Daniel, despite their different stations, but she can't win him and ends up dying rather than seeing him killed. The gods turn her into a tree, "that grows so strong and so tall, it breaks the wall that separates the societies and ultimately unites them." Buy the CD, download the album on Amazon or on iTunes.

I'd never heard of this one before, but it did win a Tony for Best Revival of a Musical (it was originally staged in 1990). It has a lot of energy and beautiful songs. At times, the music reminds me of "The Little Mermaid," which makes sense because it's loosely based on that tale. The singers are outstanding. I would love to see it in person someday. However, it's only a one-act play, and I don't think it will win the Grammy against the steep competition. If I had to choose, I would say it's the third or fourth most likely to win (but it's very unlikely.)

These are all great shows, and I urge you to listen to or watch them on YouTube, or download the soundtracks.  Don't forget to watch the Grammy Awards on CBS Sunday, Feb. 10 at 8 PM ET / 5 PM PT.

Listen to most of the Grammy-nominated songs on Spotify or Apple Music. 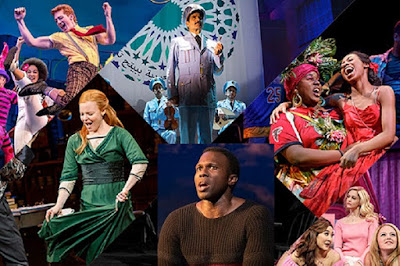 Posted by Suzanne Lanoue at 1:07 PM No comments: